With a fiercely independent, adventurous outlook on the world, Bikerists are in many ways an extension of the spirit of the American wild west, only on a motorcycle instead of a horse. Although often associated with biker gangs (the preferred term is “motorcycle club”), Bikerism can also include free agents, weekend warriors, and general motorsport enthusiasts. Bikerists generally seek out opportunities for travel and exploration whenever possible, and do so with an emphasis on self-reliance and courage in the face of the unknown. They are often staunchly opposed to the mundane workaday way of life pushed by the mainstream culture followed by the majority of people, although Bikerists can have normal jobs and find their psychological escape through weekend rides. Though sometimes portrayed in pop culture as mercurial outlaws, the spiritually 0bservant Bikerist eschews conflict in favor of the path of pragmatism and harmony with one’s surroundings.

Bikerism culture generally began in the period following the end of World War II. Some contend that it was birthed by ex-servicemen looking to revisit the excitement and camaraderie of the war. Others claim that it was a result of an increasingly marginalized counterculture that grew up in the wake of rapid industrialization and urbanization, similar to what gave rise to hippies, surfers, and beatniks. From early on, biker culture was considered dangerous and violent, largely due to movies like The Wild One, which was based on an actual fight between two rival biker gangs in 1947. Several motorcycle clubs grew to prominence in the 1960s, most famously “outlaw” gangs like the Hell’s Angels, although these were seen an part of the “one percent” of organizations that weren’t affiliated with the American Motorcyclist Association (AMA) and thus eschewed any sort of top-down regulation. Though the outlaw gangs received most of the attention in popular culture, they didn’t represent Bikerism culture as a whole, which were generally law-abiding and non-aggressive.

Bikerism culture branched out into various forms over the decades, involving everything from motocross clubs to high-end custom shops to Christian biker ministries to scooter gangs such as those that made up “mod” culture in Britain. Often they feature the hallmarks of religious organizations – a community, a creed, ritual clothing and practices, insignia, a code of conduct and even a mythology as well.

As with Cyclism, Bikerism focuses on the use, appreciation and maintenance of its spiritual vehicle. But also, it focuses on the freedom and agency afforded by that vehicle. Bikerists use their time traveling on and taking care of their motorcycle as a means to spiritual discovery and growth. Because of its emphasis on self-determination, many Bikerists learn how to repair their motorcycles so that they don’t have to rely on other people.

Life should not be a journey to the grave with the intention of arriving safely in a pretty and well preserved body, but rather to skid in broadside, in a cloud of smoke, thoroughly used up, totally worn out, and loudly proclaiming, ‘Wow! What a Ride!’
— Hunter S. Thompson

On a motorcycle, you can’t really think about more than where you are. There’s a freedom that comes with that – from stress, worry, sweating the small stuff.
— Laurence Fishburne

Click here to
Get ordained as a Bikerist Minister
« Previous ministry: Artism  |  Next ministry: Bitism » 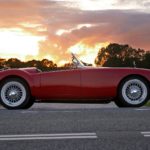 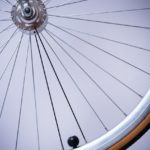