Existentialism is a worldview that exalts human freedom and authenticity above all else. Existentialists believe that most people merely follow the expectations of society and so are never truly “alive.” To live existentially (and so, fully), one must drop all pretense and be as true to their own views and needs as possible. No view is see as necessarily better than another, because Existentialists believe the world is basically absurd, with all social expectations and norms being generally manufactured by those in power. While all this may sound depressing rather than uplifting, the Existentialist prevails against the darkness by reveling in the infinite possibilities of existence, and living with courage and freedom. Existentialism is not for everyone.

Developed at first by 19th century philosophers like Friedrich Nietzsche and Soren Kierkegaard, Existentialism became popular in the 20th century through the writings of French philosopher Jean-Paul Sartre. The postmodernist movement of the late 20th century, which still defines much of upper academia, was a direct descendant of French existentialism, although some contend that it has taken Existentialism’s relativist precepts too far and abandoned the spirit of its original proponents.

The modern Existentialist strives to be authentic in all things and develop the confidence not to succumb to the pressures of society. Since this can leave one isolated and misunderstood by others, Existentialists engage as much as possible in art, theater, music, poetry, fashion and other pastimes which can help them engage with other like-minded thinkers and which will allow them freedom to investigate the human condition. Ironically, this also means that many Existentialists unwittingly end up believing, wearing, creating, and thinking the same things as their fellow Existentialists. However, it’s no easy thing to be truly authentic. In the end, the Existentialist is prone to laugh at their own absurdity and accept the difficulty of embracing true freedom.

Existentialism means that no one else can take a bath for you.
— Delmore Schwartz

Existentialism is about being a saint without God; being your own hero, without all the sanction and support of religion or society.
— Anita Brookner

We are all insects. Groping towards something terrible or divine.
— Philip K. Dick, The Man in the High Castle

There is something infantile in the presumption that somebody else has a responsibility to give your life meaning and point… The truly adult view, by contrast, is that our life is as meaningful, as full and as wonderful as we choose to make it.
— Richard Dawkins, The God Delusion

Click here to
Get ordained as an Existentialist Minister
« Previous ministry: Eroticism  |  Next ministry: Festivism » 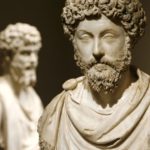