Click here to
Get ordained as a Galaxist Minister
In 1978, Douglas Adams created an entirely new way of looking at life, the universe, and everything. Galaxism honors this worldview by enshrining it in a non-religious religion.
Contents
1. Galaxism Philosophy
2. Galaxism History
3. Galaxism Practice
4. Galaxisms
5. Galaxism Community
6. Similar Ministries
7. Discussion
Categories
Humorous, Pop Culture

Galaxism is a staunchly atheistic religion inspired by Douglas Adams and his Hitchhiker’s Guide to the Galaxy series (as well as his other notable works). Adams’ books incorporated a great deal of religious criticism, but did so in a lighthearted and hilarious manner. Seeing human beings as comically flawed creatures, he offered a view of the universe that both lampooned our shortcomings and sympathized with them as well. After all, the universe is a huge and complicated place and its creation has been “widely regarded as a bad move.” After all, according to the Guide: “The chances of finding out what’s really going on in the universe are so remote, the only thing to do is hang the sense of it and keep yourself occupied.” The philosophy of Galaxism, therefore, is to see human beings as fundamentally absurd but nevertheless hopeful that they’ll persevere. When repeatedly confronted with this unlikelihood, however, we can choose not to be depressed or hopeless, but rather indulge in satire, comedy, and creative pursuits instead.

The Hitchhiker’s Guide to the Galaxy first appeared as BBC radio program in 1978, but went on to spawn a series of novels, plays and movies. The five-part “trilogy” also included The Restaurant at the End of the Universe, Life, the Universe and Everything, So Long and Thanks for All the Fish, and Mostly Harmless. Each book advanced the notion that there was far more going on in the universe than met the eye, and that our earthcentric view was rather limited, to say the least. Of course, these were philosophical and comedic exercises and not meant to be taken literally. However, as with all good satire, the situations, characters and narrative flourishes all served to critique existing standards of belief and behavior among real world humans and their cultures.

Followers of Douglas Adams’ work went on to honor the writer by instituting an annual holiday on May 25, Towel Day, which honored that most indispensable travel item featured in the Hitchhiker’s series. Reportedly, there are several Douglas Adams Appreciation Societies (DougSoc, for short) in universities around the UK which engage mostly in binge drinking and occasionally watching his movies.

Galaxists practice their religion in a largely arch and satirical manner, but also by promoting scientific ways of thinking and countering man’s tendency to resort to magical thinking to explain things. In promoting Adams’ view of “life, the universe, and everything” they aim to make life more enjoyable while at the same time holding nothing sacred, and perhaps even disallowing the very notion of the sacred.

Many were increasingly of the opinion that they’d all made a big mistake in coming down from the trees in the first place. And some said that even the trees had been a bad move, and that no one should ever have left the oceans.

“Space,” it says, “is big. Really big. You just won’t believe how vastly, hugely, mindbogglingly big it is. I mean, you may think it’s a long way down the road to the chemist’s, but that’s just peanuts to space.”

A common mistake that people make when trying to design something completely foolproof is to underestimate the ingenuity of complete fools.

For instance, on the planet Earth, man had always assumed that he was more intelligent than dolphins because he had achieved so much — the wheel, New York, wars and so on — whilst all the dolphins had ever done was muck about in the water having a good time. But conversely, the dolphins had always believed that they were far more intelligent than man — for precisely the same reasons.

It is a well known fact that those people who most want to rule people are, ipso facto, those least suited to do it. To summarize the summary: anyone who is capable of getting themselves made President should on no account be allowed to do the job.

All you really need to know for the moment is that the universe is a lot more complicated than you might think, even if you start from a position of thinking it’s pretty damn complicated in the first place.

Click here to
Get ordained as a Galaxist Minister
« Previous ministry: Gaianism  |  Next ministry: Guitarism » 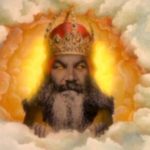 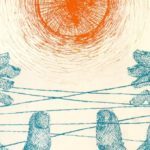 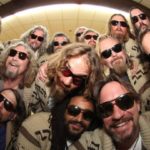 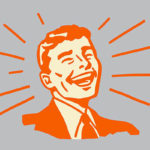 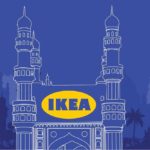 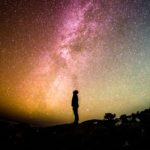 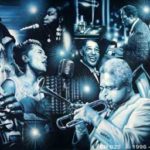